Tech with a loco flavor

Craig and Rick take a trip out to Ann Arbor Michigan to chat with the Michigan Loco leader Greg Grossmeier. We chat about how starting up a loco has been.

We also get into his current work for the University of Michigan. Lots of information about their http://open.umich.edu program.

Next we chat about his internship and work at Creative Commons along with some great info on Open Data.

Finally, we wrap up with some talk of govenance, and what he meant in his blog post about the Banshee/Canonical kerfuffle

Music: Ac33d by Micronaut from Transformer

Lococast.net Episode 12 - cloudy with a chance of feedback 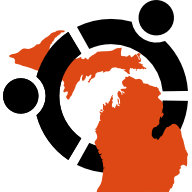 With Amber visiting us for the last episode she was beyond awesome and filled out the questions I warned her to be ready for with full replies. So if you're into visual over audio, here's a more fleshed out version of our discussion with Amber.

Oh, while we have it, here's her book information from the podcast
[Social Media]{}

Question: Who are you, and what do you do?

Question: How did you get into Ubuntu?

Amber Graner: Funny how this happened. My husband gave me an intrepid CD and a t-shirt that said “Linux for Human Beings” and I laughed and said yeah right. Here is my very 1st Blog post about how I got involved. http://akgraner.com/?p=70

Question: What are you up to in the Ubuntu world now?

Amber Graner: Currently I am the Ubuntu Weekly Newsletter Editor in Chief and current leader of the Ubuntu News Team as well as the North Carolina LoCo Team. I also help organize various UbuCons and help organize the various Ubuntu Weeks (Open Week, App Week, App Dev Week). I also freelance for Ubuntu User Magazine by doing the interviews each week, and I have a blog on Ubuntu User Online - You in Ubuntu. http://www.ubuntu-user.com/Online/Blogs/Amber-Graner-You-in-Ubuntu

Question: How's your LoCo, how are you guys/gals active and types of recent activities?

Amber Graner: We have some great NC LoCo Team members in the Winston-Salem area who have started and kept up an Ubuntu Hour https://wiki.ubuntu.com/Hour at one of their local coffee shops. I drove there and joined in the fun for once for one of the “hours” but it's 2.5 hour drive for me to get there so it's not always possible but I think it's awesome they are doing this. Still other talented team members in the Western North Carolina in the Asheville area have helped get the WNGLUG going again. I try to go as often as I can but it's about an hour from me as well. Even more motivated team members in the Triangle Area (Raleigh, Durham, Chapel Hill) are great about hosting release parties, and participating in TriLUG activities. That's a little over 4 hours away from me so I haven't been there in about a year. We have people (not including me who) participate many areas of the Ubuntu Community - Ubuntu News Team, Ubuntu User Days, Ubuntu Studio, as well as helping with various LinuxFests. While we aren't as active as other LoCo Teams we are getting there and I think the team rocks!

Question: What have you found are the positives since the Locos forming (why you like your LoCo)

Amber Graner: The NC LoCo Team was formed in 2007 so I wasn't involved in it then. I only got involved in 2009. However, in the time that I have been involved I have seen more people getting involved across the state and our LoCo was approved earlier this year. I personally haven't meet the mailing list only or forums only folks on the team that I know of but I have meet many of the team members who frequent the NC LoCo team IRC channel (#ubuntu-us-nc) and I have to say I think we have an awesome team there (but I am a little bias). It's a great group and I can't wait to see what the next release cycle brings.

Question: How do you deal with people across large state? What are some of the LoCo challenges?

Amber Graner: I think for me it's just trying to connect personally with people across the state. To put a voice and or face with an IRC nick or email address. It's also making sure people anywhere in the state know they are empowered to do their own thing and making sure team members know where to find resources to support their efforts. WIkis are flat and often don't answer all of someones questions. Having a person they can call, email, or ping in IRC to ask for clarification, direction, or just a sanity check goes a long way.

I think one of the biggest challenges we face at the moment is explaining why Canonical does't just write a blank check to the LoCo and supply endless amounts of CDs. Explaining that we are marketing, supporting and advocating on behalf of Ubuntu not Canonical is tricky sometimes. Often I hear “Why doesn't Canonical (insert whatever thing someone thinks Canonical should be doing)?” Like who is going to pay postage to ship Cd's to LoCo members once they reach the contact, or I want to give out 500 CDs at the mall why won't they just give them to us? Why don't they give us money for X event we are marketing them. So that is one Challenge.

The other is making sure people understand a meritocracy and while some bureaucracy is needed if it gets too heavy or cumbersome it limits participation and often becomes exclusive rather than inclusive so finding that balance is important. It's not a balance you find once then forget about it, it's often adjusted daily.

Question: What are some of Tips or Tricks for LoCos?

Amber Graner: Remember to always have fun! Working on something especially when everyone is volunteering their time, talent and treasures - should be fun for those in all areas of participation. There should be something people get from their efforts. Some “motivational paycheck” that is gained. It could be in the form of learning something new other times it can be a heartfelt thank you from someone they admire. It could be the opportunity to go somewhere or do something they have always wanted to do like speak at an event or represent the LoCo team at an event. Try to match people up with something they would like to do or something that they have the skills to do or pair them with a mentor who is willing to teach them something they want to learn. Remember every user is someones guru - regardless of skill level everyone can teach someone something.

How do you do that? Learn who your members get to know them. This is what things like Ubuntu Hours, release parties, or just conversation in email, IRC or phone call can do. Be Social! Let them know why you are asking them though not that you are just being noisy and creepy but that you are trying to help them (if they want it) to find an area of the LoCo Team and greater Ubuntu Community they might enjoy. Some questions that help with this could be - What do they currently do for work? What do they do for their hobbies? What is it about Ubuntu that they like? What is an area they would like to know more about. What's an area they would like to see improve? Are they new to FOSS and Ubuntu or just Ubuntu? etc. However, make sure members and those interested in volunteering know that just lurking on a mailing list or in an IRC channel is cool as well and that just being an Ubuntu end user is perfectly fine and that every user doesn't need to become a super contributor or developer for the Ubuntu Project.

Question: Are their future plans or advice for other LoCos looking to be more active?

Question: What is your history with OLF, how long have you been going, observations of change over time? What you like about it, what are you looking forward to?

Amber Graner: Ohio LinuxFest 2009 was my 1st time attending this event. I helped a little at the LinuxPro Booth, got a chance to be on my very 1st podcast as well.

I also got a chance to talk to more people and get to know them a little better as new friends in the FOSS and Ubuntu communities had begun to form. I can't speak to changes but I can tell you I like the atmosphere and the event. The speakers the Ohio Linux Fest people pick seem to be able to speak to all levels of FOSS users and developers -- from the curious, to the new and novice as well as those seasoned developers who are looking their next project. The speakers, vendors, and other participants create a very inclusive and inviting event. I really enjoy attending and would encourage anyone to go especially if they are new to FOSS.

Question: What an Ubucon, give us the low down, why should we be getting down there a day early?

Amber Graner: In a nutshell this UbuCon is a one day Ubuntu Conference. This is an opportunity to spend the day in 45 minute sessions from 10am to 5pm learning more about Ubuntu and how you can participate and contribute to the project. This also gives you the opportunity to talk to some of the Ubuntu Community without the distraction of all the other awesome events that will be happening on Saturday. You can find the UbuCon schedule here http://ohiolinux.org/ubucon

Question: Anything you want to plug while we've got you answering questions for us?

Myself and a friend of mine, Jeremy Foshee, have started a new podcast "Failure to Communicate". We just want to remember to laugh. In this podcast we are Southern and Irreverent and occasionally we throw in pinches and dashes of Ubuntu here and there. However, it is not meant to be an Ubuntu podcast, but the fact is I can't have a conversation with anyone without working FOSS or Ubuntu into it. We are working on a site for it, but for now it can be found on my personal blog akgraner.com. If you want to hear Episode 1 and all the mistakes we made in it got to: http://akgraner.com/?p=704

Amber Graner: Thanks guys for inviting me to do the interview both on the cast and here in the show notes. I can't wait to share your cast with other people in the community! Lococast.net Episode 5 - Everyone to Ohio